Each February, Canadians take time to recognize, celebrate, remember and reflect on Black History Month. It is important to recognize and acknowledge the pivotal role our black forefathers played in the making of Canada, and, in particular, of London, Ontario.

The Judging and final tally took place at today's Chapter meeting, A fun time was had by all the contestants and judges.

Members of the Retirees Chapter helped the residents of The Twin Pines Village Co-op observe Remembrance Day today. These are some of the Readings from the ceremony 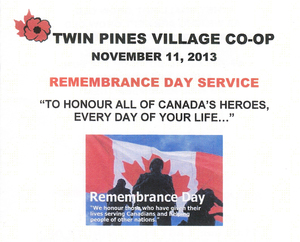 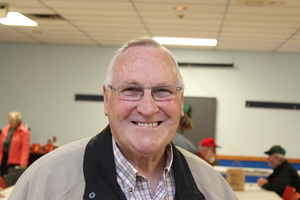 This photo set is from the Retirees Chapters Movember contest running from the Nov. meeting till the Dec. meeting. These are the before and after photos of the contestants as well as photos from the judging of the contest. There are also shots of Jim Wilkes losing his 20 year mustache to raise funds for Prostate Cancer Research, Thanks Jim !!

The Congress of Union Retirees of Canada marked its 20th Anniversary with its largest convention ever. The opening night panel featured Ed Broadbent and CLC Secretary-Treasurer Hassan Yussuff. It was webcast in both English and French. Six hundred people followed on line and submitted questions.

Videos of presentations by Broadbent and Yussuff will be posted on the CURC website. http://unionretiree.ca/curcs-11th-constitutional-convention-ottawa-oct-22-25-2013/

In a pointed column in today’s Toronto Star, writer Martin Regg Cohn clearly outlines the threat that Hudak poses to organized labour. Despite the deep divisions within the Tory membership over the fight being picked with labour (his convention floor split right down the middle on the issue last weekend), Hudak is clearly doubling down behind this attack on union security.

This video opened the founding convention of Unifor, a new union formed from the merging of the Canadian Auto Workers and the Communication, Energy and Paperworkers Union of Canada.

What Tim Hudak is Planning for Ontario

Made In The USA: Tim Hudak's plan to cut your wages 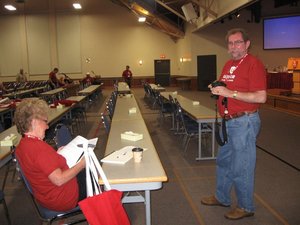 At this annual conference, resolutions submitted by the retired workers chapters and area councils are debated and approved. These resolutions will form the briefs and lobbies for all levels of government to protect the rights and dignity for all senior citizens.

Delegates to the founding convention of Unifor endorsed a new model of unionism this afternoon by embracing the new union’s unique plan to establish community chapters across Canada. 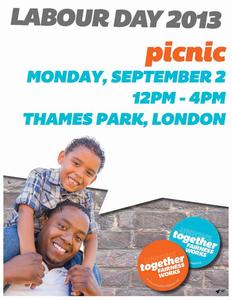 the London and District Labour Council hosted their annual Labour Day picnic. It was a day to celebrate the important role unions and the labour movement have in ensuring workplace and labour rights, and the considerable contributions that unions make to communities. Many turned out for an enjoyable and relaxing event with plenty of food and drinks, and lots of entertainment for the kids. The fun started at noon in Thames Park just South of Horton St. on Ridout St. with wrap up around 400pm.

Dias: “We will build a better society for all”

Founding Unifor National President Jerry Dias comes into office promising that Canada’s largest private sector union will be a positive force in this country for rights and needs of all citizens.