Pollster says Unifor has role for all Canadians

Canadian pollster and pundit Allan Gregg enthralled the delegates at the Unifor convention with his observations and analysis of the Harper government’s war on reason and working families.

Compilations of the official convention photos are available here

Ken Lewenza, Canadian Auto Workers president, is resigning and won’t run for the top job in Unifor, the new merged union. Ken Lewenza, who has led the Canadian Auto Workers for five tumultuous years, is stepping down and won’t run for the top job in the country’s new super union during a historic merger later this month, sources say. The sources confirmed Wednesday that the fiery Lewenza and Dave Coles, president of the Communications, Energy and Paperworkers, will leave their current posts and join other leaders in endorsing Jerry Dias, a senior CAW official, for the top job at a founding convention. 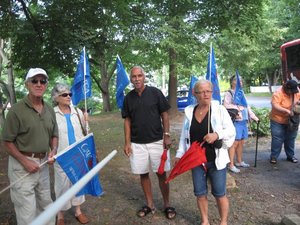 When the premiers met in Niagara-on-the-Lake We were there to tell them to Take a Stand for Medicare We told Prime Minister Stephen Harper to Renew Canada’s Health Accord. The Harper government is retreating from a federal government role in social programs and services that create equity and improve social progress. Key programs like health care are facing cuts, and national standards are being abandoned. 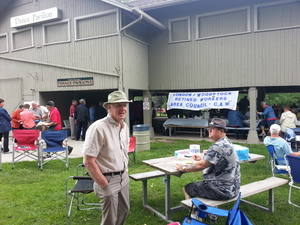 The Constitution that will be presented to CAW and CEP members at the founding convention of Unifor is now available here. A copy of the Constitution and the Merger Agreement have been mailed to member locals.

A Celebration of the Life of Georgina Anderson

On June the 18th at 3:30 pm Local 27 will be hosting "A Celebration of the Life of Georgina Anderson". Many speakers including Ken Lewenza and Hector McLellan will salute Gina's life, loves and accomplishments. Please plan on attending this event and join Gina's family and friends in Celebrating Gina's Life.

May 30 will be a date to remember. It was the day thousands tuned in — some in person, many online — to find out the long awaited name of our new union.

The word “Unifor” appeared on screen midway through a spectacular public event in Toronto. The new name appeared alongside a bold new logo — a shield housing a stylized letter “U” in the middle, reflecting the coming together of two unions.

Robert Sexsmith - A Personal View of Our Communities

The combination of soaring cost of living (particularly food and childcare), welfare cuts, and charges for previously free services have put people [families with children, singles, and seniors] in all three groups under immense, and in some cases, almost intolerable pressure. 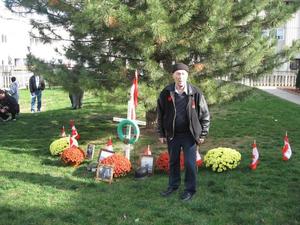 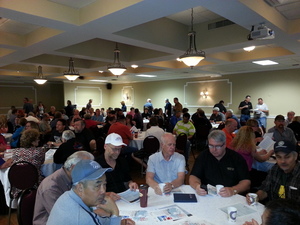 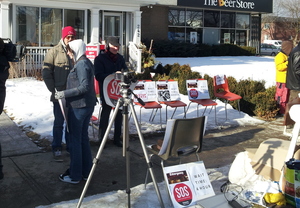 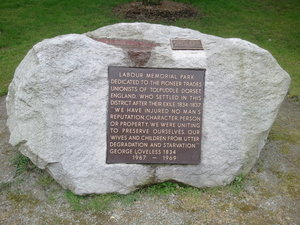 Passing of these bills along with Bill 377 will severely limit the ability of unions to serve union workers and actively support our communities. The time for collective action is getting ever closer for a nationwide General Strike. Canadian Labour Congress and Provincial Federations of Labour are on High Alert for further action, such as lobbying our members of parliament or leafleting our communities with information as to why unions are important for workers and the country.